France Day Four: I lost my kid in France!

Today we were in the Loire Valley, where in the 1400s, the French kings constantly moved from chateau to chateau to rule their realm. Later these chateaux became vacation homes, where kings would visit to host hunting parties. Our day started at Chateau Chenonceau, built in the 1500s, which was most famously occupied by Diane de Poitiers, mistress of King Henri II. 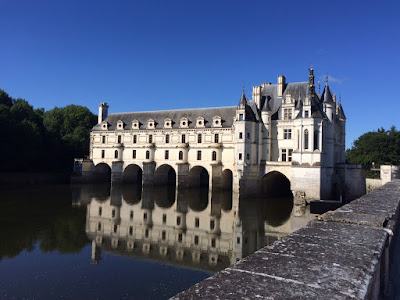 M loved the story of how when Henri died, his wife, Catherine de Medici, booted Diane out, took over the castle, and hung her portrait in Diane’s old bedroom. Because this castle was mostly occupied by women, it has a feminine touch on the inside, including amazing fresh floral arrangements in every room. 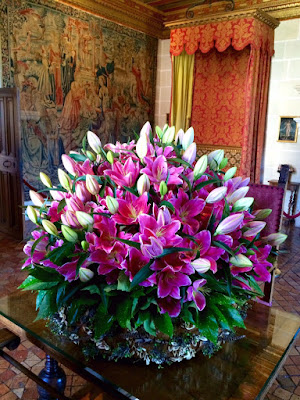 M also really liked the kitchen, which had separate little areas for each task. This was the herb room, used solely for growing and drying herbs: 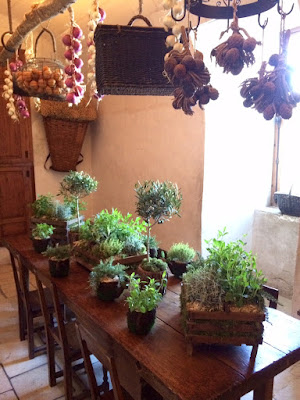 Of course we had to get our daily dose of WWII history, and Chenonceau kicked it off. The castle spans the river Cher, which separated German occupied France from free France during the war. The chateau staff arranged for many late night prisoner swaps, helping Jews and resistance fighters cross in secret. Because the chateau was technically a river crossing, the Nazis has artillery aimed at it, ready to blow it to pieces should the Allies use it to advance. Thank goodness, they never did!

Next we drove 45 minutes to Chateau Chambord – the largest in the Loire Valley. It has 426 rooms (some say 440, but who is counting), 77 staircases and more than 250 fireplaces. It was only occupied by the king who built it for 72 days in his whole lifetime! 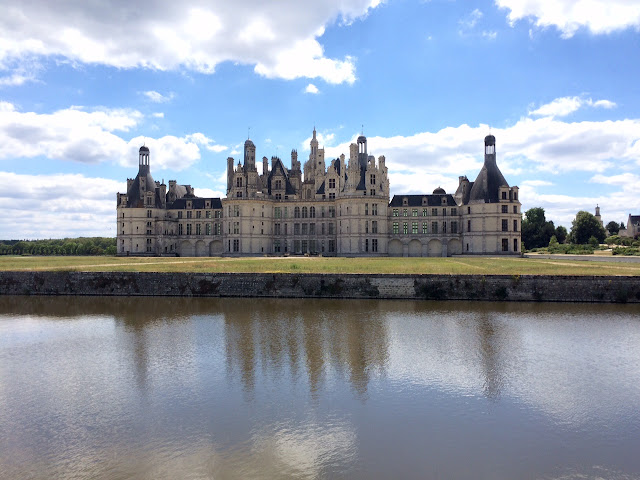 It also has a double helix staircase designed by Leonardo da Vinci, which led to all kinds of trouble.
The staircase, 5 stories tall, is designed so that the person going up and the person going down can never meet. M and I thought it would be fun to each go up a different side, and see what happened, figuring we would meet back up. Bad idea… 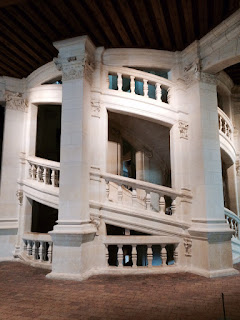 I stopped on the first floor, thinking she would too. She didn’t. We knew our ultimate goal was to get to the roof, so after waiting a bit, I kept going up. But she started coming back down. And because of Leonardo’s stupid double helix – we couldn’t see each other. At times I could hear her calling me. And I would say, “Yes! Maddie! Follow the sound of my voice!” But she couldn’t. We were separated for about half an hour – both totally freaking out. Finally, a nice British couple noticed she was in distress and offered to help. M told them what I was wearing. The husband went up one side, while the wife and M went up the other. When they got to the top, M spotted me on the roof, and screamed, “MOM!!!” with glee as if we had been separated for years. We ran to each other and hugged. We are now fighting with Leonardo Da Vinci.

See that person in red, on the roof? That is where we finally met up!: 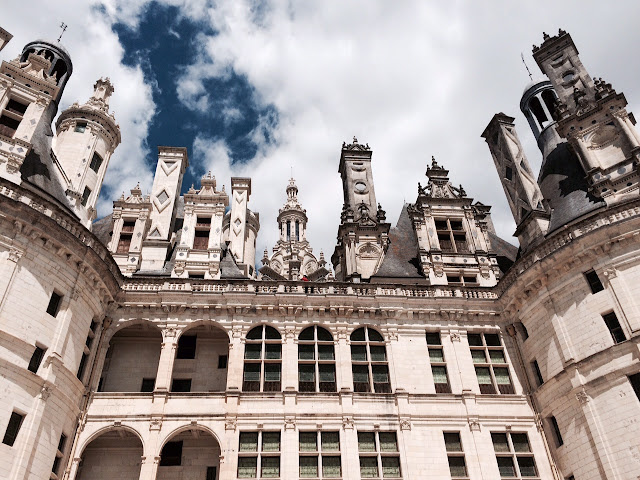 We left the Loire Valley and headed for the Dordogne. Since M was enjoying the WWII history so much, I made a detour to Oradour-sur-Glane, another “maybe” on our itinerary. All I can say is WOW. What a powerful experience.

On June 10, 1944 (four days after D-Day), the Nazis rounded up every single one of the town’s 642 residents, and killed all the men with machine guns. They herded all the women and more than 200 children into the church, telling them they would be fine – then locked the doors and set the church on fire. On their way out, they burned down the town. Every single resident died that day. 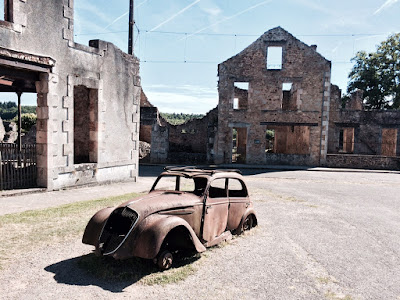 President Charles de Gaulle ordered that the town be left completely untouched, and named it Village of the Martyrs. It stands today exactly as it did that day 70 years ago, and greets visitors with one word: Remember. 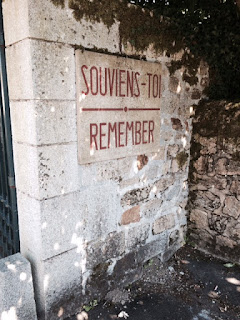 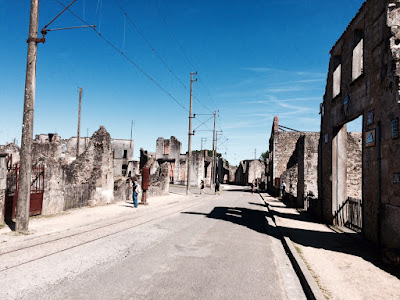 M and I strolled through the entire town, which is quite large. Buildings are marked with the type of business (café, dentist, etc.) or family name. The auto repair garage left a lump in my throat. 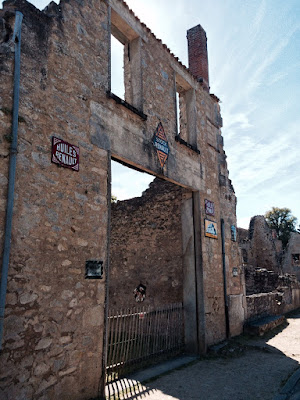 We also went into the church, where we felt an instant and overpowering sadness. As we continued walking, M told me stories about how her great grandma, who is now 100, survived the Holocaust and escaped German soldiers. She said that her great grandma told her the exact same message carried by this village: “it is important to remember, so that it never happens again.” 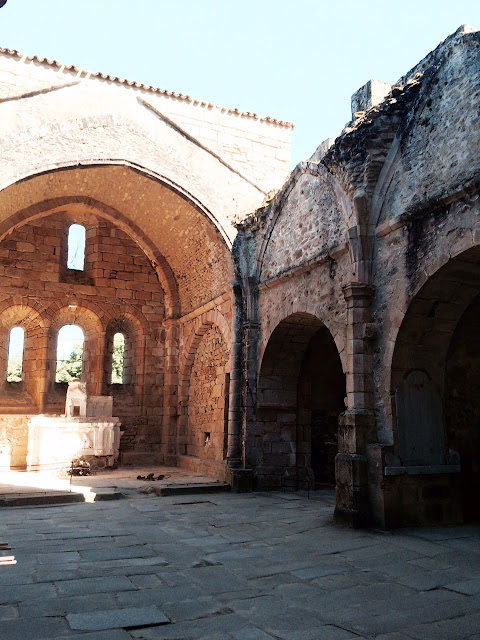 Inside the church. That is a burned, rusted baby carriage frame on the alter.

I was fighting back tears the whole time. If you ever get to France, make it a priority to visit the Village of the Martyrs.

We then drove another 2 hours south to our hotel just under St. Cirq Lapopie (which M has renamed “Le Poopie”), the cliff-side village named the most beautiful village in France. More on that tomorrow.


Also tomorrow: We go canoeing on the river and sleep in a medieval castle.
Posted by Leadfoot at 3:20 PM