France Day 10: Why We Came To France

This morning we got up and walked around Annecy some more. This building in the middle of the canal is a prison that was built in the 1100s. That blows my mind. That’s like 300 years before anyone in Europe even knew the Americas existed. And yet there it is – still standing. 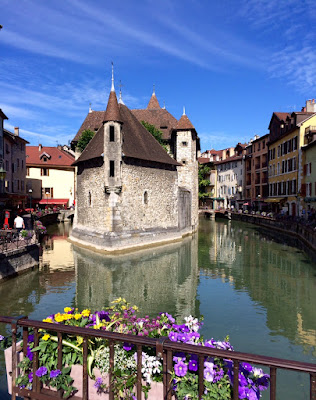 With great sadness, we left Annecy and headed up the road to Yvoire, which sits on Lake Geneva. You can actually see Geneva, Switzerland across the lake from the medieval village of Yvoire. We grabbed some artisan glace (ice cream) in green apple, pear and raspberry flavors, and hiked around the town. 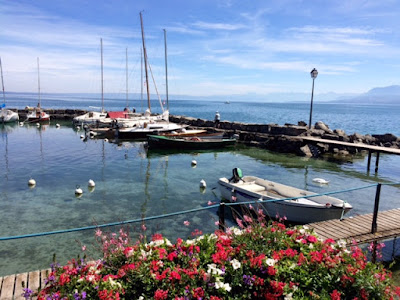 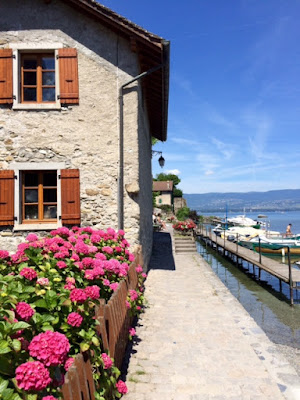 ornament and we headed back to the car to drive north. 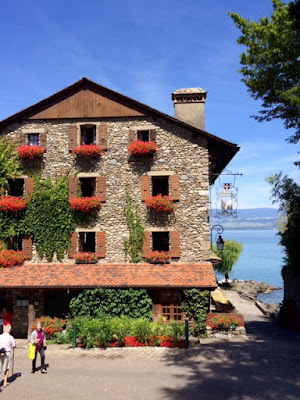 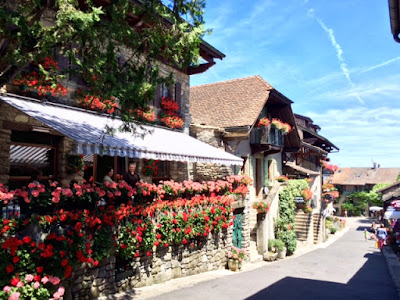 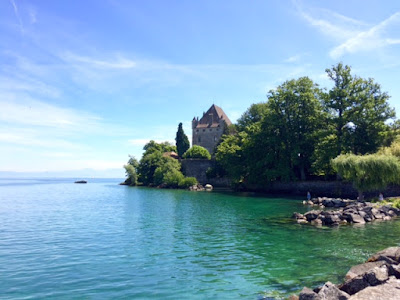 On our way out of town, we drove through Evian, where the bottled water comes from. This was particularly exciting for me, since, as a super taster, I am a bit of a bottled water connoisseur. Evian is my favorite! (Dasani is THE WORST. It takes like water with dirty pennies in it.)  Since Evian was kind of a modern town with an expensive spa and not much to see, M was all, “whatever.” 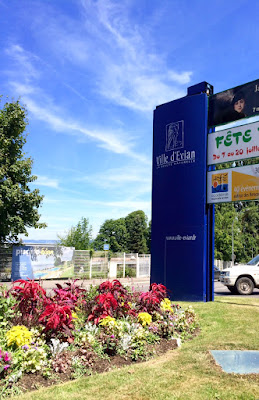 To get around Lake Geneva, we had to drive through Switzerland for 90 minutes, and Germany for half an hour. We stopped in Gruyere, Switzerland for lunch and had, you guessed it, gruyere cheese sandwiches for lunch. Yum! This was our view during lunch: 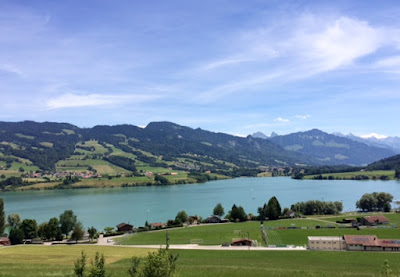 Then it was on to Colmar. Colmar is the very reason I decided to come to France this summer. I have always loved reading about France, studying French, and researching my half-French heritage. I remember being really little and visiting Epcot Center’s section with all the countries. France was always my favorite. I bought a little purple Eiffel Tower key chain when I was 9 years old, and kept it until I left for college – telling myself that some day I would see it in person. Since then, I have been to France twice (before this trip) – but only Paris and Marseille – never the rest.  About a year ago, I was populating my “travel wish list” on Pinterest, and came across a photo of Colmar. It was the prettiest thing I had ever seen. It was similar to this, which I took today: 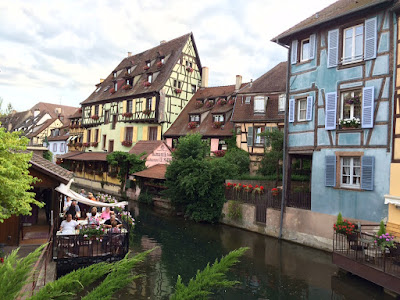 In our family, we have a policy – follow your arrow. Listen to your heart, know what speaks to you, and go after it. So I pinned that picture of Colmar, and told M we were going to plan a trip to France. 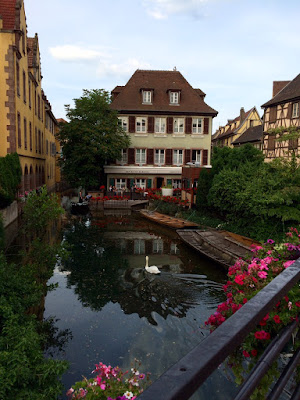 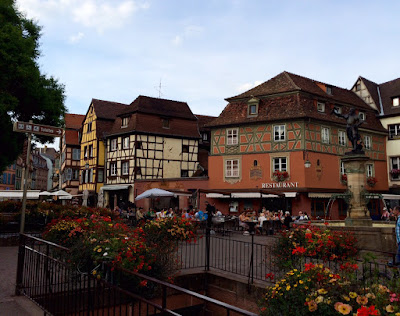 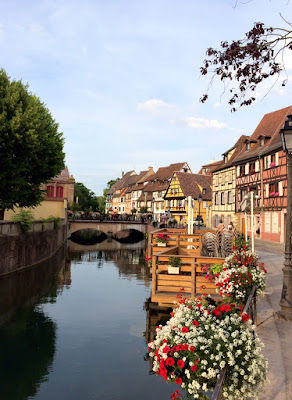 So here we are, and, while Colmar is pretty – I liked Annecy better. Ha! But that’s ok. Colmar led us here, and so off we went to explore it. It is bigger than I thought, and much bigger than Annecy. We walked most of the old town area, since our hotel sits right in the middle. 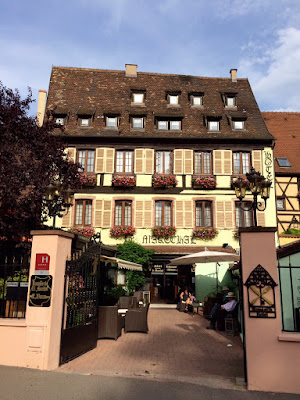 Hotel Le Marechal is as adorable as can be. Our room overlooks a main square in the town, and the back door opens into Petite Venise, the area with all the canals and pretty colored homes.  The problem with Petite Venise is that, unlike Annecy, you can't walk along the canals. The only real way to see it is by boat. It is still beautiful, but difficult to see.

Most of Colmar looks like Disneyland – like it can’t possibly be real. M and I kept saying “we are walking through Beauty and the Beast!”  (Which I think we have said about most towns on this trip to far.) At one point, we even broke out singing, "Be! Our! Guest!…"

Colmar has a lot of German influence, and the restaurants served mostly sausage and sauerkraut. Being a fan of neither, we grabbed some pasta in carry out cartons and returned to the room to Facetime some family back home.


Tomorrow: The Alsace Wine Route and Strasbourg
Posted by Leadfoot at 2:04 PM