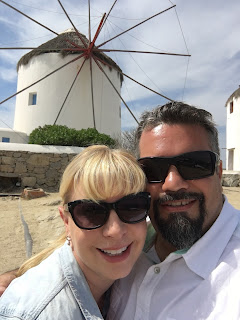 Today we had planned to just wander around on our own, so there was no rush to meet a tour group. It was lovely to get a little extra sleep, especially since we had been up at 3am to watch the Cavs game. (BTW, when I say we watched the games – I never mean on TV. The games are not being broadcast on the ship. We have to stream them on our iPhones and huddle together to watch.) 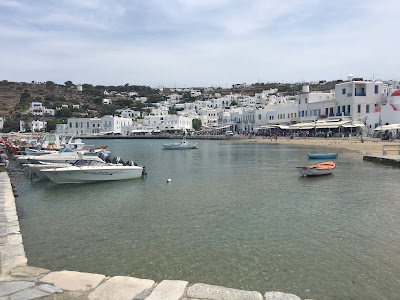 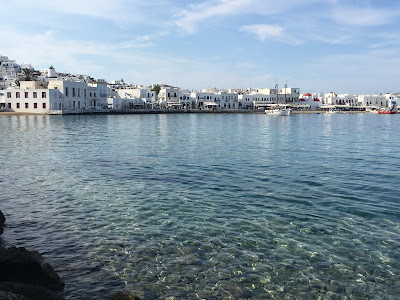 Once on land, we walked along Mykonos’ charming harbor front and looked for sea glass on the beach. It became crowded quickly, so we decided to wander over to the Little Venice area and stop for smoothies and coffee. There may have also been a Nutella crepe involved. We ate overlooking the ancient windmills and enjoyed the beautiful view. 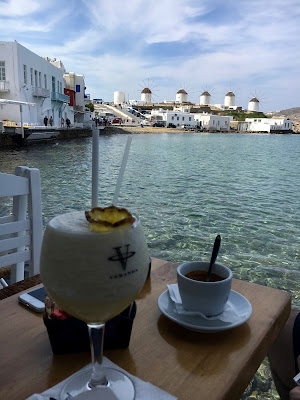 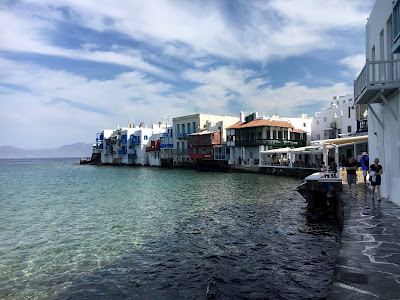 Over by the windmills, a man was playing some kind of old Greek instrument that looked and sounded like a goat bladder. Adam gave him 2 Euros and the man didn’t even nod in our direction. Lucky for you, we caught it on video.

As we walked away, Adam wrote a song:

Then we wandered through the town to shop a little. The streets of town were purposely made maze-like so that invaders would get lost. Apparently, that includes tourists because wow – what a tangled web of tiny little alleys meandering up a hillside. Everything was white. Every building, every street. It was stunning! But also blinding. 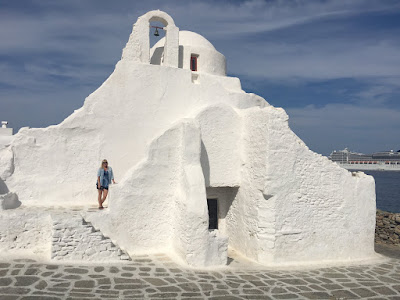 That's me standing on this white church 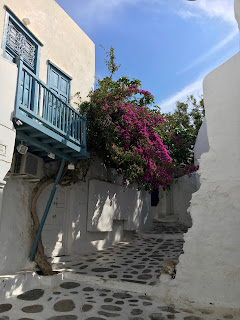 The only non-white building in town, and it was beige 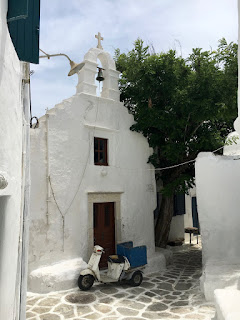 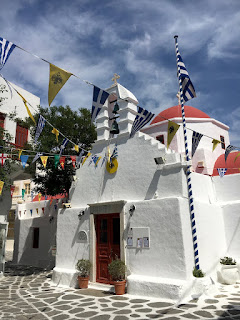 Churches are really small in Greece! Adam said they "aren't even human size!"

Adam found a captain’s hat and we debated whether to buy it so he could wear it around the ship, randomly shaking hands and joining tables at dinner. We decided to pass, but regretted it later. 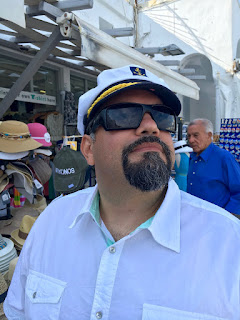 We walked past a store where we overheard a shopkeeper telling his friend, “The best customers are from the Village of Obama!” and we laughed out loud. 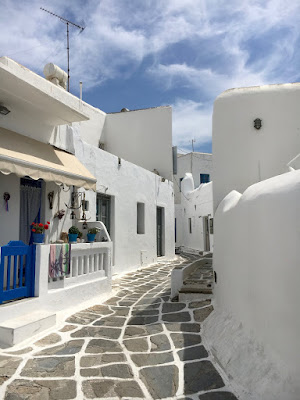 We had lunch in a small garden courtyard, with some of the best service I have ever had in my life. We watched men carrying clear buckets full of olives walk past. I commented, “how many olives could one place possibly serve?!” just as we saw 5 more guys carrying two giant buckets each walk down the alley and into the restaurant. Oh, Greece. 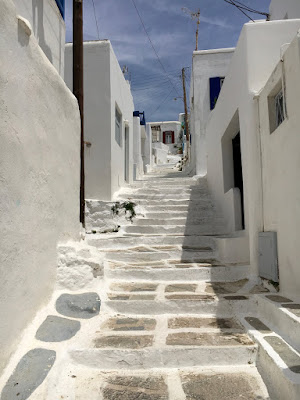 We stumbled upon a seemingly endless whitewashed staircase and decided to climb it. Somewhere along the way, I got hit by a horrible trash odor and declared I was going to rename the town Mykonostinky. We called it that the rest of the day.

At the top of the staircase, there was a lone windmill, and a perfect vista over both the village below, and our ship, which was the tallest building in town. 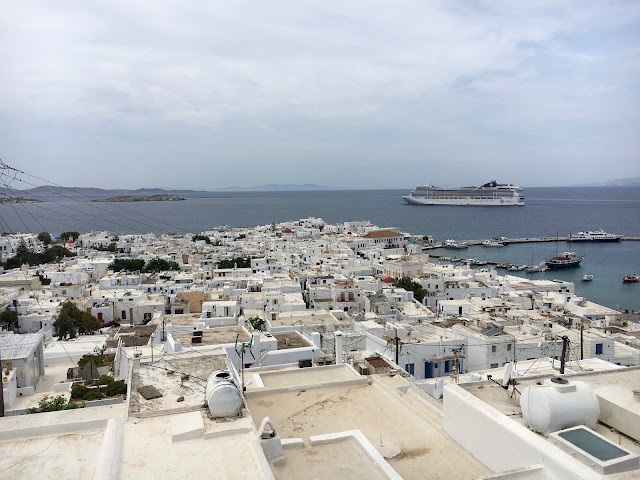 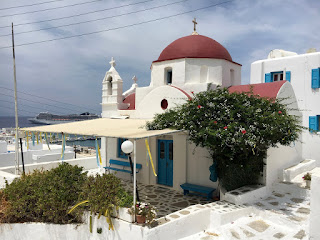 We returned to the ship, ready to kick butt at trivia. It was music trivia and we were sure we would win since I knew that Dobie Gray sings Drift Away and a bunch of other obscure things. But we came in third (by one point!) because we didn’t know who sings Wild Thing. I will now forever remember it is The Troggs.

We went to the slush bar, ordered blackberry mojito smoothies and watched sail away from the lawn club as we spread out on beach towels.

We ate dinner at the buffet again, did a bit of a pub crawl, then popped into the show in the main theater. We planned on going in just to make fun of it, because we both hate that kind of stuff. But the Destiny show was actually really good! There were some Cirque Du Soleil level acrobatics and a truly excellent female vocalist.

We went to bed by 10pm to get ready for our big day in Crete. 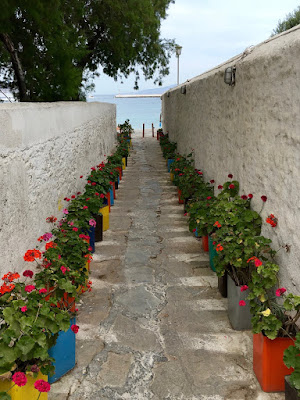