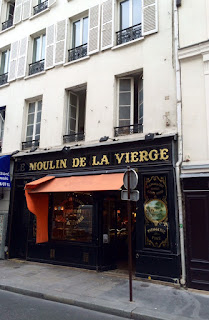 This morning, we walked across the street to this adorable patisserie, just steps outside our door, to grab breakfast. This is why I love Paris. These are on nearly every street corner! 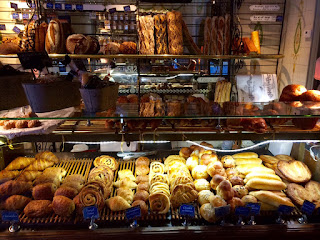 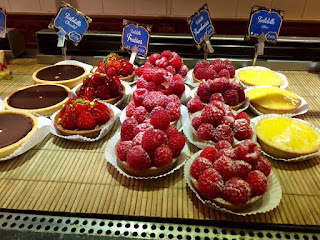 Then we picked up tickets for the L’Open Bus and headed for the catacombs. (This bus truly is the best way to get around Paris. For $32, you get a full day of hop-on, hop-off privileges, and there are 5 different lines that go all over the city. You can ride on the open top, which looks dorky, but allows you to see way more than you would on the Metro. They provide a free audio guide to what you are seeing as you pass it.) 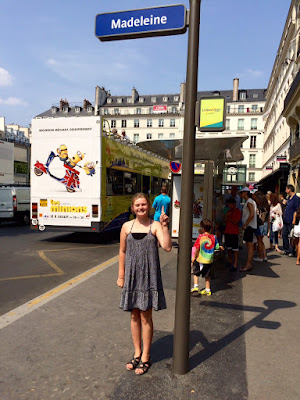 Now, let me rewind 6 months to share the great Catacombs debate.  When planning this trip, I told M the one thing I want to see is the Catacombs. She said, “no way, not happening, nope, nada, NON!”  She told me that she didn’t want to see dead bodies. I told her I would leave her in the hotel and go alone if I had to. We had this conversation about once a week, for 6 months. Today was finally the day. She went, but wasn’t happy about it. 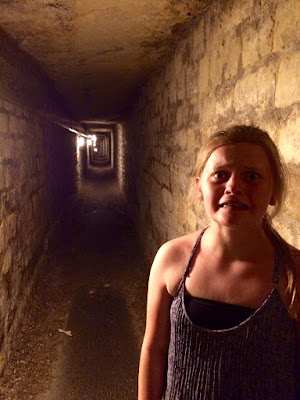 Neither was I once I saw the line. We arrived early, but still had to wait 2.5 hours in the hot sun. I don’t think I’ve ever even waited in line at Disneyland for 2.5 hours! M and I took turns standing in line, while the other sat nearby in the park.  When we finally entered, we had to go down a really skinny spiral staircase that appeared to go close to the center of the earth. It was dark, damp and cold – only 53 degrees! As we walked through the narrow corridors, M said to me, “Grandma is going to be SO MAD at you!” I guess Grandma was team No Catacombs! 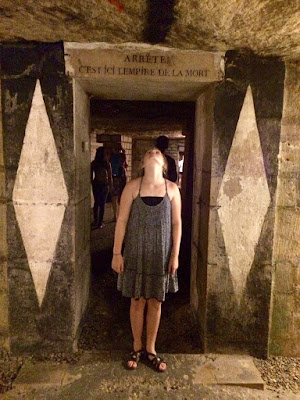 The Catacombs are awesome because they are totally unique to Paris. In the late 1700s, the cemeteries here were positively overflowing, and causing a public health hazard. Officials decided to dig up all the bodies in Paris’ cemeteries and move the bones to abandoned rock quarries underneath the city. 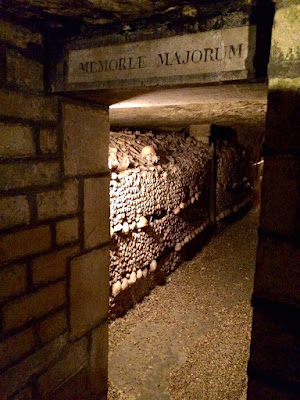 They stacked them in sections, marked with a sign designating which cemetery they had come from. 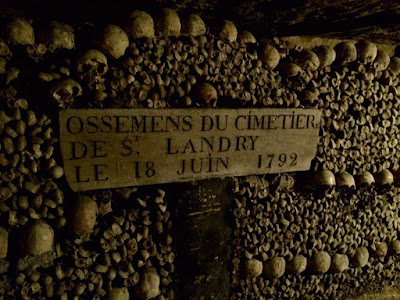 There are more than 5 million skeletons in the Catacombs! You have to walk for 2km underground to see them all (and to get out). 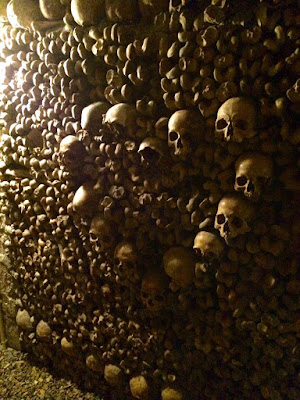 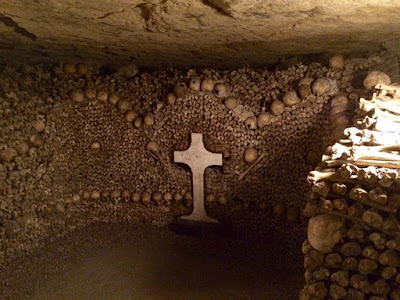 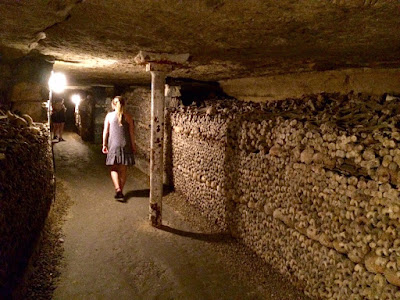 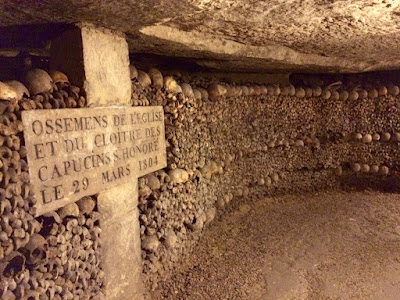 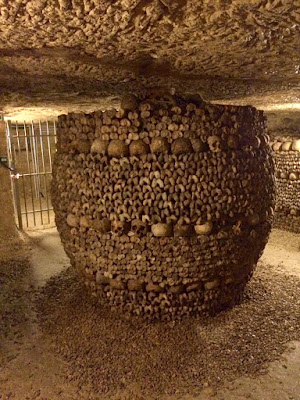 As we climbed 100 steps back to the surface, she said, “Mom, if you don’t get me food soon, they are going have to add my bones to the pile.” So dramatic!

So we grabbed lunch at a café, then hopped back on the bus to go to the Louvre. Last time we were in Paris, we didn’t do the Louvre. It looked exhausting and M prefers shopping, while I prefer more macabre sightseeing ventures, and food.  But this time, we decided it was a must. So we descended into the pyramid and followed the hoards to the Mona Lisa. Ok, it’s pretty cool that she is 500 years old. But other than that – meh. 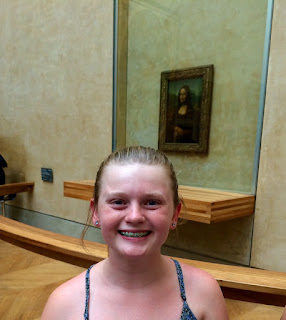 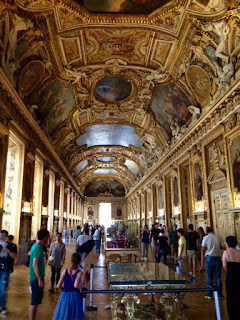 I was much more impressed by the actual building (which used to be a palace) and its beautiful ceilings. We saw the 2200 year old Winged Victory sculpture, the Venus de Milo, and a million paintings. My feet hurt – a pain that could only be cured by Laduree. 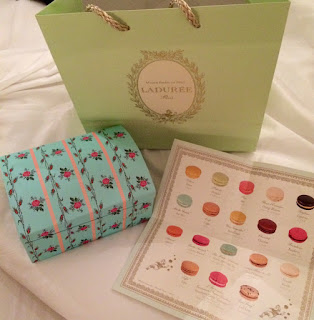 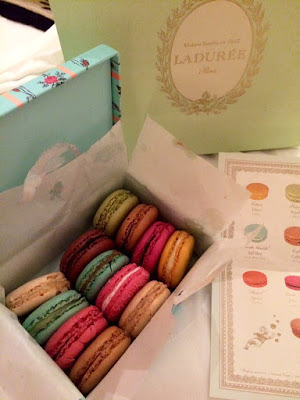 I mentioned previously that we LOVE the macarons from Laduree – so we trekked over and bought a box. Since we were in the neighborhood, we hit the giant and incredibly glamorous Galleries Lafayette department store to try to find new light dresses to wear in tomorrow’s heat. But we were broke from our Laduree spending spree, so we moved over to H&M instead, and each bought the airiest dress we could find.

We then decided to take the full circuit on the bus tour to see the Champs Elysees, Arc de Triomphe, Notre Dame, and other beloved landmarks – because it had finally cooled down and the breeze felt nice atop the bus. Just as we neared our hotel, a bird flew overhead and pooped on M’s arm! I told her that meant we would have good luck for the rest of the trip.  She was not impressed.

For dinner we walked to a Brasserie and ate chicken, mashed potatoes, salad and chocolate mousse. We watched the Eiffel Tower sparkle from our hotel room window, and hit the hay.