France Day 12: It's Getting Hot in Here!

We started our day walking to a café in Strasbourg, where we had croissants shaped like pretzels (seemed appropriate since we were near the German border in France!).  Then we had a 5-hour road trip to Paris.

I will do a separate post after we return home about how AMAZING the French highways and rest stops are. 5 hours sounds tedious, but when the speed limit is equal to 87mph and every rest stop is an a amazing adventure – it’s not that bad!

As we neared Paris, the freeway signs read, “Fortes chaleurs! Hydratez-vous!” (Hot weather! Hydrate!)  I looked at the car thermometer and it read 41.5 degrees, which Siri informed me is equal to 106 degrees Farenheit! Wait, WHAT?! That can’t be right. I turned on the radio and thought I heard them say (my French is good, but not perfect) that "this is a record-breaking heat wave, and that it hasn’t been this hot since 2003 since all those people died.” That couldn’t be right…I needed English. So I Googled “Paris heat wave” on my phone. Turns out it actually hasn’t been this hot in Paris on any day in July since 1947. NINETEEN FORTY-SEVEN. And it chose to be that hot again on the 3 days that we are here. Fantastic. 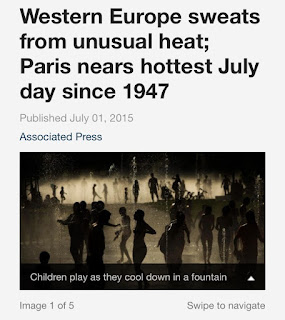 We found the parking garage I had pre-reserved and dragged our luggage 3 blocks to the hotel. Did I mention it was 106-degrees? Fortunately, when we arrived, I realized I am mildly obsessed with Hotel Thoumieux. I will do a separate post on it too, because it deserves stand-alone attention. It is PERFECT. I can open our window, lean out, look left, and see the Eiffel Tower! 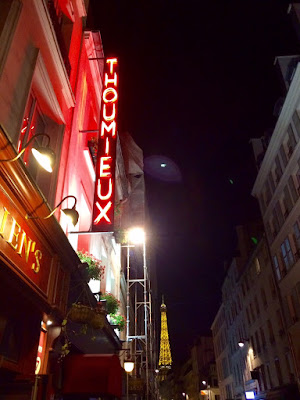 We started wandering, and went right to the Seine. We decided to hope on one of the Bateaux Mouches that tour the river, thinking that at least a moving boat would create some breeze, and we wouldn’t have to walk. These boats are usually packed. Today – not so much. 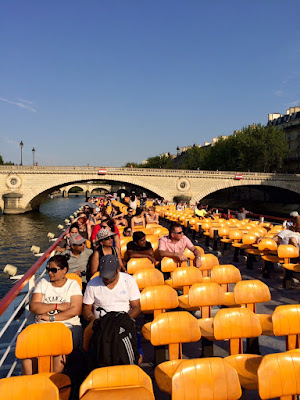 We saw the Eiffel Tower, Musee d’Orsay, Louvre, tons of gorgeous bridges, the Grand Palais, tons of people “beaching” along the Seine, and the fancy prison where Marie Antoinette was held before losing her head (below). 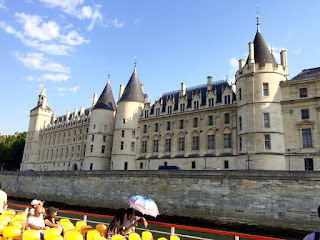 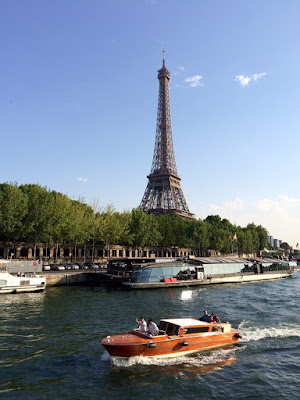 We put a “love lock” on the famous love locks bridge (Pont Des Arts) 2 years ago, so we’ve been following the story of how the city removed the locks because the weight was starting to make the bridge collapse. We saw how it is now boarded up, so people can no longer put on locks. 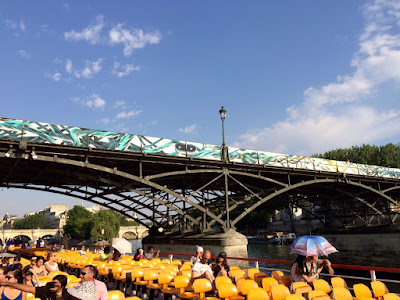 But the funny and unexpected part of the cruise was that there are now locks EVERYWHERE on EVERYTHING else! LOL! Almost every other bridge now has them. You can’t keep the people down, France! If they want to express love by writing their names on a lock, placing it on something, and throwing the key into the river – damn it – they are going to do it! Here are 2 different bridges, now both completely covered with locks!... 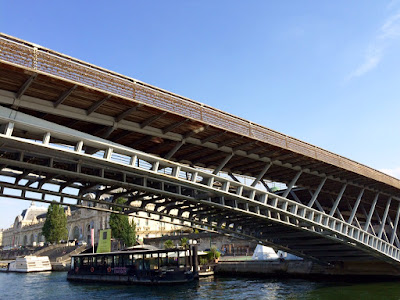 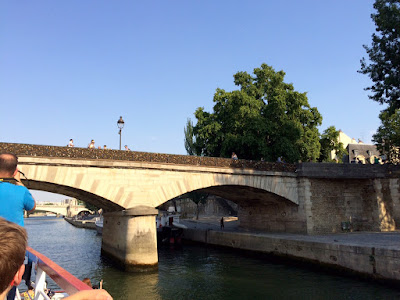 We left the boat and walked to the Pont D’Alma tunnel where Princess Diana died. It is coincidentally the same spot where there is an exact replica of the Statue of Liberty’s flame. We had no idea, but today was Diana’s birthday! So a small memorial had popped up. (Also note the love locks! Haha!) 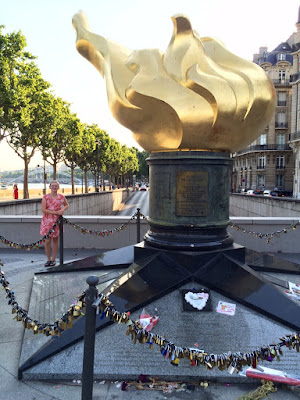 We ate dinner at the restaurant where President Obama and Michelle ate when they visited Paris (yes, that is how I picked places!). It was 9pm and still 96 degrees. We ate outside on the sidewalk and drank roughly 200 gallons of water. 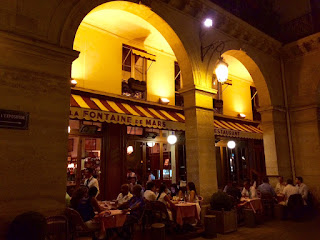 Then we walked over to the Parc du Champs de Mars, under the Eiffel Tower. We sat on the grass, took tons of pictures, and waited for the light show on the tower at 11pm. Spectacular! M looked at me and said, “this is my favorite thing EVER.” 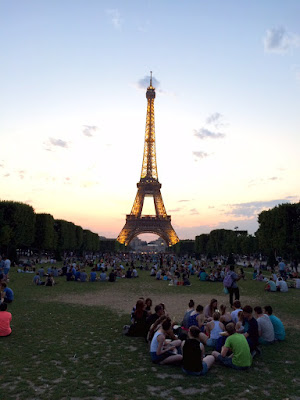 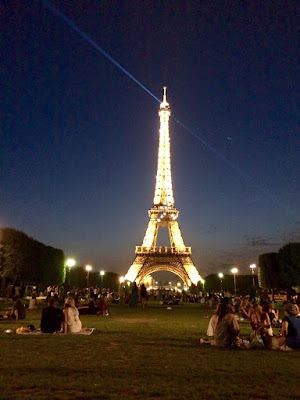 Sweaty and tired, we walked back hand in hand, talking about some day moving to Paris for a summer because we love it so much.
Tomorrow: The great Catacombs debate of 2015
Posted by Leadfoot at 4:04 PM